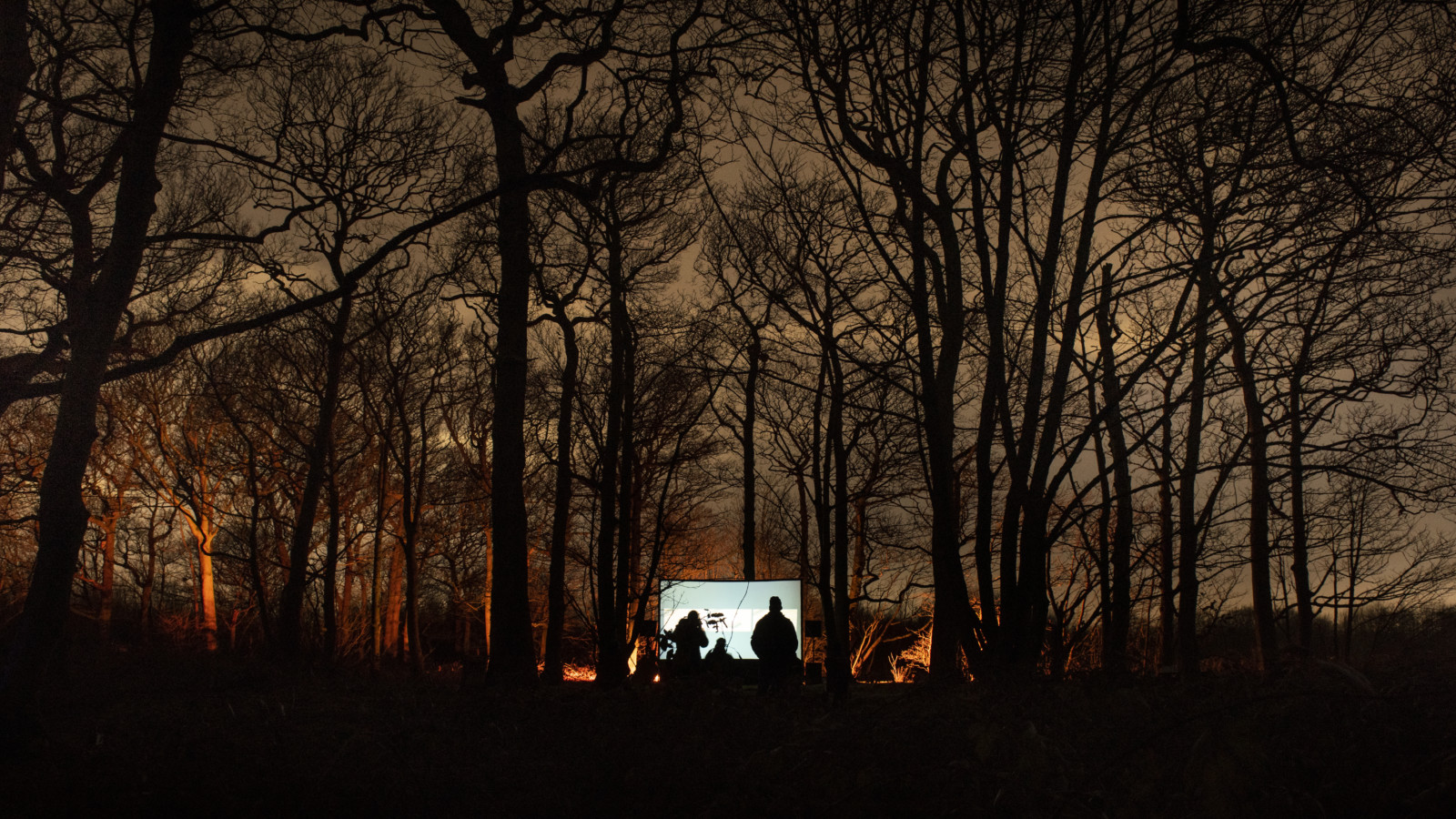 Writer Lyn Gardner reflects on Stand Firm Compassion and the film's ability to articulate experiences of grief and loss, as well as considering what it means to care for others in tragic circumstances.

“Sometimes when words are hard to find to express what we are thinking feeling and processing, something creative with ritual and reflection can help express something beyond words.”

The speaker is one of the co-creators of Chronicle Two: Stand Firm Compassion, the second part of The Suicide Chronicles, a long-term deeply embedded project created by artist Mark Storor and produced by Heart of Glass, the remarkable arts initiative based in St Helens in Merseyside. The Suicide Chronicles is testament to how rite and ritual are crucial in helping us make sense of our experiences and offer a way to deal with grief and loss. Without them we stumble. Maybe even fall.

Storor believes passionately that there are pressing questions we need to ask as a society and individuals about how we talk about grief and how we can find the space and hold each other in it.

He sees the films as a means of bearing witness to the emotions we often won’t or can’t talk about. When Stand Firm Compassion is shown in March 2022 it will be in woodland surrounded by sturdy, mature oak trees next to a memorial forest on the edge of St Helens. “It’s as if the living trees will be holding the space for us,” he says.

In the Suicide Chronicles, Chronicle One: Grief, made with the partners of those who have taken their lives, Storor and his co-creators held the space through a beautiful and thoughtful film triptych, full of tender and jagged imagery, in which the women seemed to be making sense of their experience through the very process of creation. It operated like an extraordinary act of transference so those of us watching could empathise and come closer to understanding what it is like to be bereaved by suicide.

Stand Firm Compassion, co-authored by Cheryl, Daniel, Darren, David, Emma, Gayle, Heather, Kieran and Rob, all professionals working at the YMCA in St Helens, focusses on the experience of being workers and first responders on the front line of suicide. One speaks movingly of how it is “quite lonely out in the world” and how she tries to alleviate that loneliness for those she encounters in the YMCA by giving “a little bit of myself to people so they know I’ve been in their shoes.” Another talks with a quiet grace about the job of boxing up someone’s room after their death at the moment when “belongings become effects.” A treasured trinket may be worthless in monetary terms but it meant something to its owner.

The film isn’t a documentary, but rather a compelling piece of art which works through a series of images—people working together to cradle a fragile cardboard home with the same tenderness they would a warm, human body; a house reduced to ashes; a box which visually operates as a physical box of belongings and perhaps also a coffin.

These workers hold each other, and in the process, they hold tight the memory of those who might otherwise be forgotten.

The film is exceptional in the way it makes manifest the care that goes into being a professional care giver. The way they try so hard to catch us when we fall. The pandemic has made that abundantly clear in its focus on front-line workers, and its context adds an extra layer to Stand Firm Compassion. Like all the most interesting art, it shifts and transforms to mirror current circumstances and not just those in which it was made.

We may not immediately think of those working in a YMCA as care givers, but they are. On a daily basis. Some of those who have co-created Stand Firm Compassion are living with the trauma of having discovered bodies and followed the procedures which may include having to cut down bodies and give CPR even though it is clear that person is already dead.

Stand Firm Compassion was completed just before the pandemic shut down everyday life—but not Storor’s work with Heart of Glass, which has continued over the last two years, a reminder that while performance venues closed the arts’ own front line continued—but inevitably it will be viewed through the prism of the pandemic. The film, says Storor, “remains the same but it is also changed.”

It is a film about care and the grief and loss of suicide, but it also embraces the wider grief and loss that so many of us have experienced since March 2020. The film is about a specific, but its great trick is to feel universal.

There are other parallels to the pandemic in the historical treatment of those who have taken their own lives and who until the early 19th century were often buried at crossroads and denied the rites that are part of burial. There was a similar curtailment of deathbed and funereal rituals at the height of the pandemic. How can we grieve properly in those circumstances? Or do we simply, as Storor suggests, store up a dam of grief? Then what will happen when that dam breaks?

“Grief is part of the human experience,” says Storor, “but the way that people have been experiencing grief, isolated and cut off from one another, unable to hold each other and unable to access the familiar rituals during the pandemic, is like the way that many affected or bereaved by suicide experience the world. They are often isolated, shunned, humiliated, and feel shame, and people don’t know how to talk to them. So, I hope that as we put this film out into the world it speaks to the unprecedented layers of grief people are feeling in this moment and provides a space to acknowledge that grief, and a space to hold and take care of each other.”

Screenings of The Suicide Chronicles: Chronicle Three: Full of Grace

Where
Lucem House Community Cinema, St Helens
Categories
We invite you to a sharing of Chronicle Three: Full of Grace
Read More

Categories
The Suicide Chronicles is a collaborative artistic project led by Mark Storor working with communities impacted by suicide, aiming to collectively find a language to articulate and explore the complex, layered experience of suicide.
Read More

Baa Baa Baric: Have You Any Pull?

Categories
Baa Baa Baric: Have you Any Pull? is a twelve year undertaking by artist Mark Storor in collaboration with the people of St Helens
Read More
Back to top