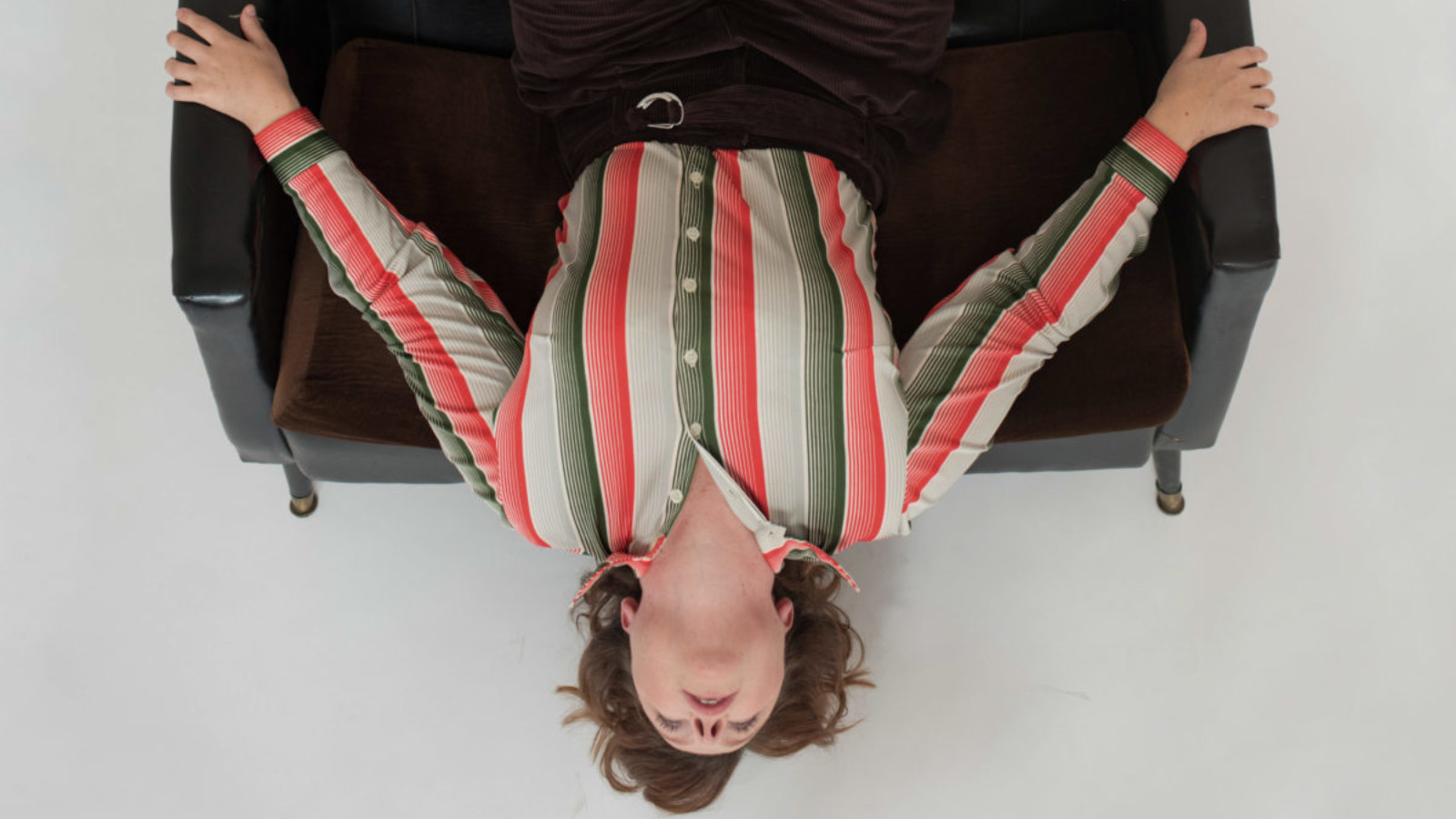 TORCH is an all female production across cast, creatives, tech teams and collaborators.

TORCH is a brand new production by ANU, directed by Louise Lowe and commissioned by the “Helen” Partnership formed of Heart of Glass, idle women and ANU. Find out more about TORCH in the related content.

We're delighted to introduce you to:

Nandi Bhebhe is a London born Southern African and trained at the Liverpool institute of Performing Arts.

Nandis credits include Episodes of Blackness with Vocab Dance company, A Season in the Congo at The Young Vic, Bill T. Jones Fela! at the National Theatre and on Broadway, Gwilym Golds music video 'Triumph', White Out with Barrowland Ballet, Wayne McGregors EVERYbody Campaign with Alesandra Seutin, 'Wrath' for Channel 4s Random Acts, A Midsummer Nights Dream and Twefth Night at The Shakespeares Globe, Kneehigh Theatres 946 and The Tin Drum, A Monster Calls at The Old Vic and most recently 'Boy Breaking Glass' with Vocab Dance at Sadlers Wells Theatre.

Nandi has also co-directed works with artist Phoebe Davies as Bhebhe&Davies. Theses include 'Creases', a commissioned work for the Tate Modern, and short film 'A Navigation'. Bhebhe&Davies also ran the Arts Admin Summer programme coaching 10 young artists to create short video works to camera, centered around the deconstructions and shifts of power.

Etta is an actor originally from Hull, now based in Manchester. This is her third time working with ANU (Sunder, On Corporation Street) and is thrilled to be joining them again. Some of her most recent credits include; 'I Am Because We Are'(Contact Theatre) 'D For Dexter' (BBC Radio 4) 'Morning' (Studio of the North)'Twnety-one Pounds' (Cheltenham Everyman)'A Streetcar Named Desire' (Royal Exchange), 'The Sanatorium Under the Sign of the Hourglass' Dir. by Helena Kaut-Howson. Short Film 'Leg. Arm. Head' Dir. Scout Stuart and 'Carnival of Souls' a binaural audio experience Dir. by Bren O'Callaghan in association with Cornerhouse/HOME mcr.

Niamh McCann trained as an Actor at The Guildhall School of Music & Drama, London (2003-06). She began her career at the prestigious Shakespeare’s Globe Theatre in London, returning for several seasons thereafter, and has worked consistently with some of the leading theatre companies in the U.K and Ireland. Some of which include - National Theatre, Royal Shakespeare Company, The Lyceum Edinburgh, Gate Theatre Dublin, Rough Magic, Abbey Theatre and ANU Productions’ Laundry (2011) & Angel Meadow (2014), Sunder (2016), On Corporation Street (2016) & These Rooms (2016), The Sin Eaters (2017) & These Rooms LIFT Festival at Shoreditch Town Hall 2018. Niamh collaborates across disciplines and has been part of a number of significant works with prestigious international artists. Television credits include The Clinic (RTÉ) and Holby City (BBC) River City (BBC), Little Roy (CBBC). Film credits include John Crowley’s Bafta & Oscar Nominated Brooklyn, The Cured, Directed by David Freyne, recently premiered at TIFF & Audi Dublin Film Festival.

Sonia has been a writer, performer and artist collaborator for the past 19 years. She wrote 'What Is The City But The People?' The opening event of Manchester International Festival 2017. She performed in ANU's On Corporation Street. Collaborations have been with dancers, Jo Fong, Frauke Requardt, Darren Pritchard, Jane Mason, directors Mark Whitelaw, Sarah Frankcom, Mem Morrison, Max Webster, and visual artists Humberto Velez and Jeremy Deller. She has been a long time collaborator with Quarantine as a writer on the award-winning Susan & Darren, the epic Summer. Autumn. Winter. Spring. and as a performer in 'Entitled' and 'Wallflower.'

Sinéad Diskin is a Dublin based sound designer, composer and song writer from Mayo. She is a graduate of the SEEDS programme with Rough Magic Theatre Company and has a BA in music from Trinity College Dublin. She has studied piano to diploma level with the Royal Irish Academy of Music and also writes and performs solo work.

2018 designs include Rathmines Road for Fishamble Theatre Company & the Abbey Theatre, Class for Inis Theatre (Edinburgh Fringe First 2018) and The Wizard of Oz at the Cork Opera House. Other work includes Maz and Bricks and Invitation to a Journey (CoisCéim/ Crash Ensemble coproduction), Giselle for Ballet Ireland Annie the Musical & Prodijig the Revolution for Cork Opera House, Agnes, Pageant & Faun/ As You Are for CoisCéim Dance Theatre, Vampirella, Opera Briefs 2018, 2016 & 2014 for R.I.A.M, Monsters, Dinosaurs & Ghosts at the Peacock, Desire under The Elms for Corn Exchange, These, Zoe's Play & Far Away From Me at The Ark, Hamlet, King Lear , Romeo and Juliet, Macbeth & Dancing at Lughnasa for Second Age, Moll & Anglo the Musical for Verdant Productions, Plasticine for CorcaDorca, A Winter's Tale, Three Winters, In the Next Room, Scenes from the Big Picture & Troilus and Cressida for the Lir, The Dead School & Observe the Sons of Ulster Marching Towards the Somme for Nomad Theatre Network (Irish Times Best Set Designer 2009).Maree is the MFA Stage Design Course Director in the Lir Academy of Dramatic Art in Dublin.

Niamh is the recipient of the 2018/19 Jerome Hynes Scholarship on the Clore Leadership Programme, supported by the Arts Council of Ireland, she designs costumes, sets and visual art. She has worked for ANU, Decadent Theatre Company, the Abbey Theatre, Fishamble Theatre Company, The Performance Corporation, Rough Magic, NAYD, Theatre Lovett and The Ark, among many other theatre, film, television and production companies. She has also worked collaboratively and independently on a diverse range of commissions from events to merchandise. Previous work with ANU includes The Lost O’Casey, These Rooms, Sin Eaters, Sunder, On Corporation Street, Glorious Madness, PALS, Angel Meadow,Vardo, Laundry, The Boys of Foley Street. Niamh is a graduate of Limerick College of Art and Design and was Head of Costume at the Abbey Theatre where she served on the Board of Directors from 2013-17. Her recent design work there includes Ulysses, Observe the Sons of Ulster Marching Towards the Somme, The Waste Ground Party (set & costume), Heartbreak House, (Nominated for an Irish Times award for Best Costume Design), Maeve’s house (Set and Costume), The Risen People, The House, Other work includes Mainstream(Set and Costume), Inside the GPO(Set and Costume design),Tiny Plays for Ireland 1 & 2, Shorts (Fishamble Theatre Company) The Dead (Set & Costume), Expedition,The Big House Festival, Beautiful Dreamers, Swampoodle, Slatterys Sago Saga, The Seven Deadly Sins and the short film A Life for the Performance Corporation. Rossums Universal Robots, Salt Mountain(NAYD) She spent four years as costume coordinator at the Samuel Beckett Centre in Trinity College Dublin.

At the LIR Academy (Trinity College Dublin) Louise teaches devising theatre. She was awarded the Captain Cathal Ryan Scholarship Award and the International Artist Residency at the Robert Wilson Centre, New York. She has currently been awarded an Arts Council England, Ambition for Excellence Award.

Lynnette is Creative Producer with ANU productions & Louise Lowe since 2013, one of two core producers on all productions to date including The Lost O’Casey, Hawknest, Zero-Hour, Faultline, These Rooms (LIFT), Hentown, The Sin Eaters, These Rooms (DTF), Falling Out of Standing, On Corporation Street, Sunder, Into the Sun, Reflecting the Rising, Rebel Rebel, Beyond the Barricades, Glorious Madness, Pals - the Irish at Gallipoli, Vardo and Angel Meadow.

Live Collision has also produced the work of several independent artists and artworks outside of the festival which include Amanda Coogan’s Talk Real Fine, Just Like A Lady; You Told Me To Wash and Clean My Ears and Amanda Coogan, LONG NOW (Film Doc); Athletes of the Heart, Anna Furse - An Anatomy Act and I AM NOT A PIECE OF MEAT (Digital Artwork); The Prosperity Project by Jesse Jones (OPW commission). FAST TRACK TO DANCE is a shared audience development initiative between Live Collision and Dublin Dance Festival, as too is Open Studio a creative learning lab exploring performance, connectivity and young people.

Lynnette began her career in London, cutting her teeth with some of the UK’s leading arts organisations including LIFT and BAC (Battersea Arts Centre) from 2005 - 2009. She holds a BA Hons Degree in Fine Art, and an MA in Performance Art from Goldsmiths College, London.

Categories
In November 2018 ANU, the multi-award winning multi-disciplinary company heralded by The Irish Times as making the “most searing works of the past decade”, brought an explosive new site-responsive performance to the town of St Helens.
Read More

Categories
“And if we could talk to each other face to face and tell the truth, the whole truth and nothing but the truth, where would we even begin?"
Read More

Categories
Helen was a programme of works creating immersive and explosive art experiences focused on women.
Read More
Back to top