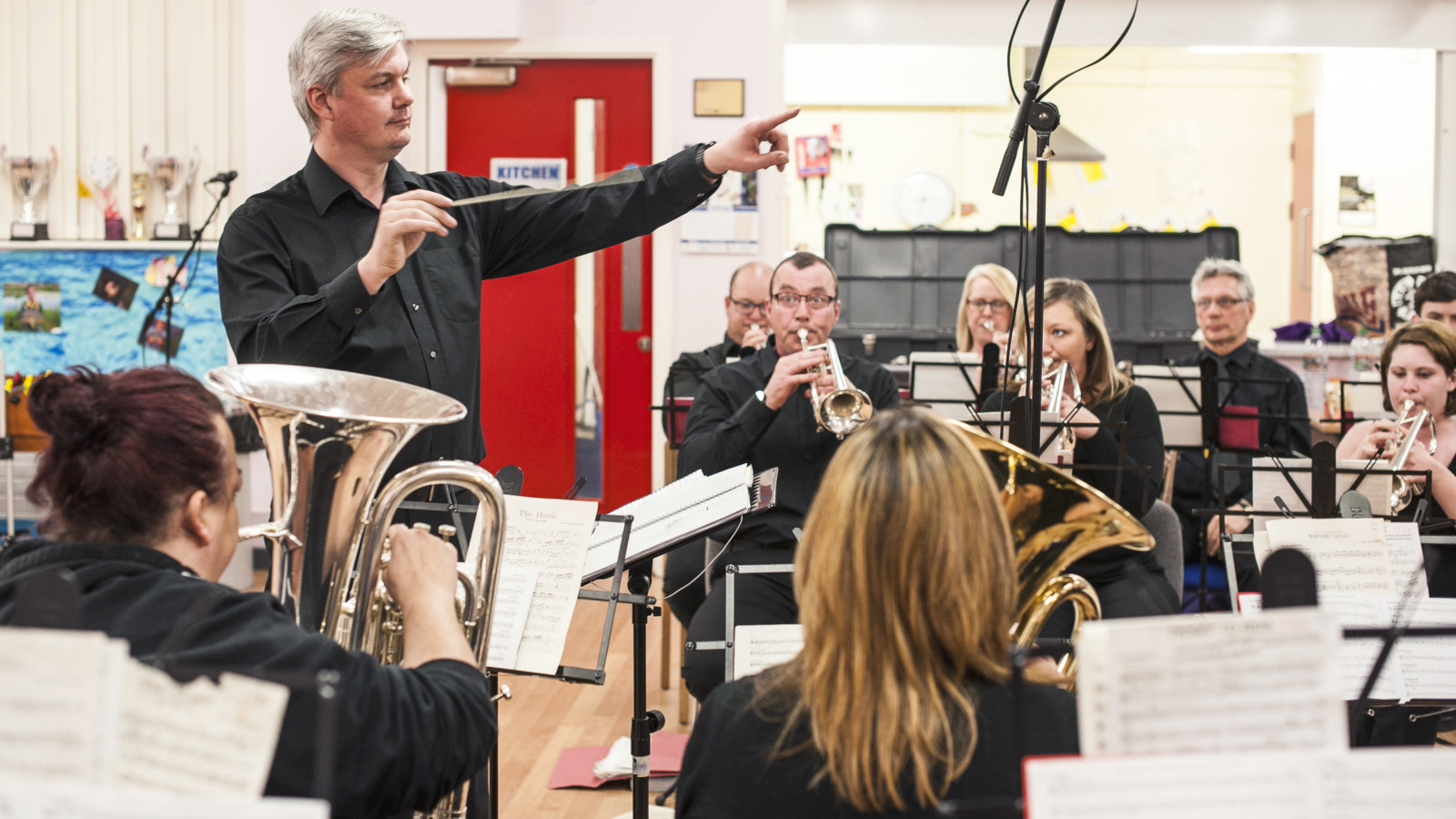 Brass Calls sought to bring St Helens’ issues to the fore through specially composed musical compositions which were broadcast into Church Square in the centre of town over two days.

Brass Calls is a work by artist duo French & Mottershead in collaboration with brass band The Haydock Band.

Brass Calls was an original work commissioned by Heart of Glass which premiered in summer 2015.

This collaboration sought to bring St Helens’ issues to the fore through specially composed musical compositions. The compositions were broadcast into Church Square in the centre of town over two days.

French & Mottershead researched and interviewed St Helens residents in a bid to capture a sense of the borough’s affairs and relay them in 16 brand new pieces of music. The music evolved from the bugle call; a short tune, originating as a military signal and routinely used as a way to make an instruction or call to action. Working with composer Adam D J Taylor, the calls were created from gathering personal tales and local phrases, turned into musical scores that were performed and recorded by The Haydock Band, one of the oldest community organisations in St Helens.

The resulting work, Brass Calls, was made up of short musical pieces that call on people to take action. The calls filled Church Square in sudden bursts for two full days at regular intervals as citizens went about their day. Each piece of music was accompanied by a placard, held up in Church Square, which depicted the accompanying lyrics.

Locally relevant issues such as zero hour contracts; town centre skateboarding, the Hardshaw Centre benches and Saints were on the agenda, along with personal tales from St Heleners.

Audiences also had the chance to follow the events on Twitter with the hashtag #BrassCalls as the bugle calls were played.

The subjects chosen in the calls convey human stories about relationships to one another, to work, and the town. Each mini-drama inspired a lyric, written as a short poetic call to action. From a parent calling ‘get out yer pit’ to their teenager, to a skateboarder defending their rights, and the clarion call to keep the last glass ‘ribbon floatin’. These were then elevated into brief, beautiful musical phrases filling Church Square.

The final Brass Calls were originally presented on

The artists extend thanks to The Haydock Band, Rainford United Reform Church and Michelle Wren, and all those who contributed their personal stories and knowledge of local issues to inform the lyrics, including; Godfrey Irving, Mike Lindley, Geoff Jackson, Jacqui Priestly and Joan Birkett. And especially to Heather Richardson and Martin Wills for their input in the writing process and placards carriers Ant Shea and Chel Logan.

Categories
Join us for a very special people's parade, celebrating the everyday heroes who make our town the special place it is!
Read More
Back to top