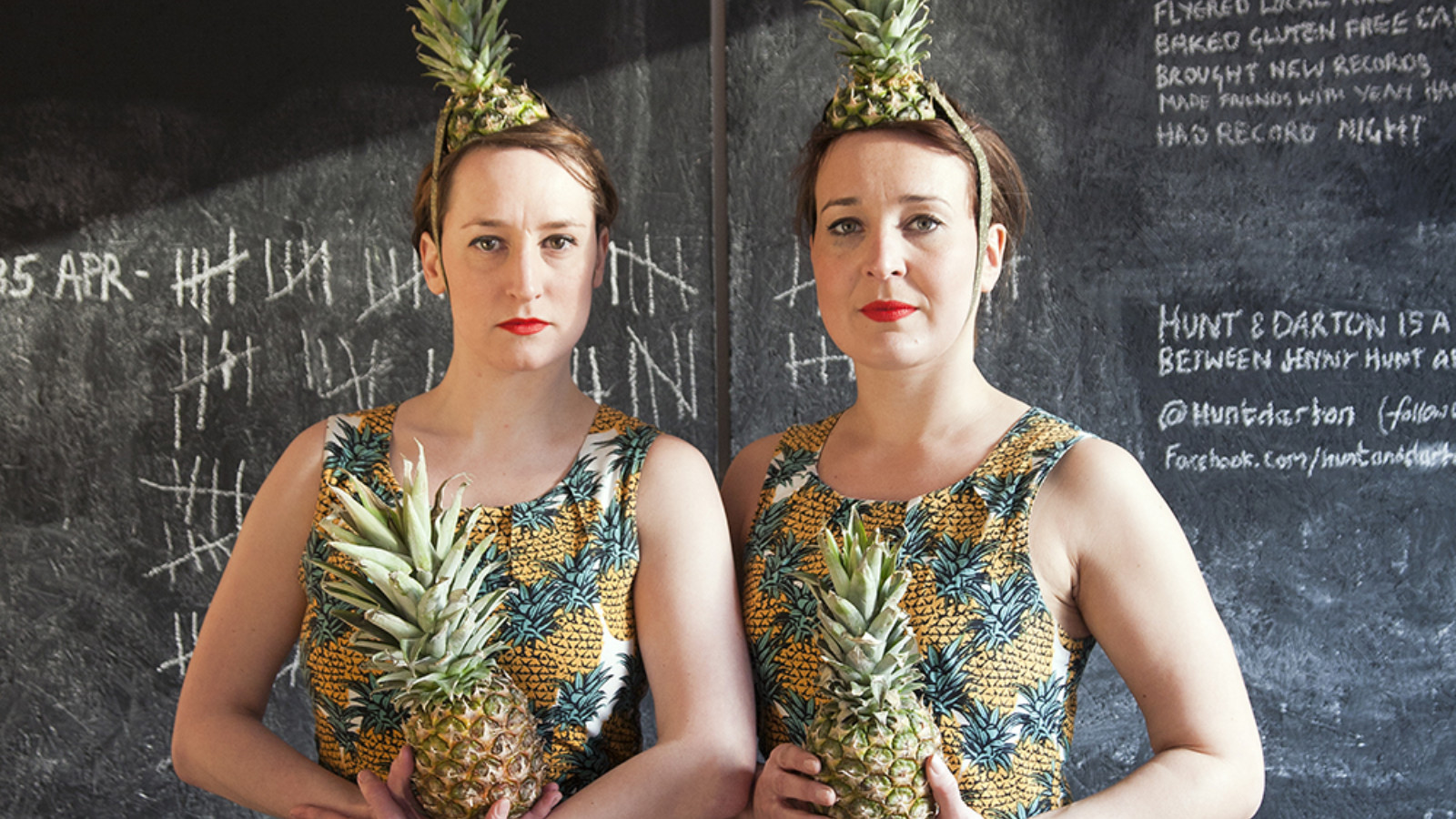 Hunt & Darton is a Live Art collaboration between artists JENNY HUNT and HOLLY DARTON. They have been working together for over a decade sustaining a performance practice routed in their Fine Art background having met studying at Central Saint Martins (London). They work across mediums – often creating installations to perform within most of which take on recognisable day to day formats in public arenas.

Their award-winning pop-up performance/installation, the Hunt & Darton Cafe a fully functioning café where everything was considered as Art that in its full iteration took over empty shops for the duration of a month, has been presented at Tate Britain, Edinburgh Fringe and Latitude Festivals, and 3 cities in China with the British Council. During 2014-15, the Cafe was presented at 14 locations around the UK as part of a successful Arts Council Strategic Touring bid, reaching 10,000 new live audience members and culminating in a symposium to 100 attendees. Described by the Guardian as ‘A pop up establishment of disarming eccentricity’.

They have created a series of playful competitions put through the Hunt & Darton mill and open to all. Notably, in 2014 they received a Circulate commission for outdoor family friendly work to tour to 6 outer London regions. The initial work, titled Hunt & Darton Food Fight was scratched throughout Autumn 2014 and through further funding developed into a full-length performance event. ‘The Punch, The Sandwich, The Cake’ is for up to 30 participants and has been shown at Artsdepot, the Albany, Eclat Festival in Caromb, France and the Barbican. Their Not Great British Bake Off an absurd 3-day cake baking contest took place as part of Forest Fringe at Edinburgh Fringe 2015.

In 2019, after a further successful ACE Strategic Tour bid, they visited 7 locations with their new outdoor public artwork - Radio Local. This is a new radio station broadcast live, straight from high streets in a 12-24 hour show built for and with the places it visits.

They regularly host events, make brief appearances on the alternative cabaret scene and various other London subculture stages with their performance poetry.

Hunt & Darton are associate Artists at Cambridge Junction and Artsadmin.