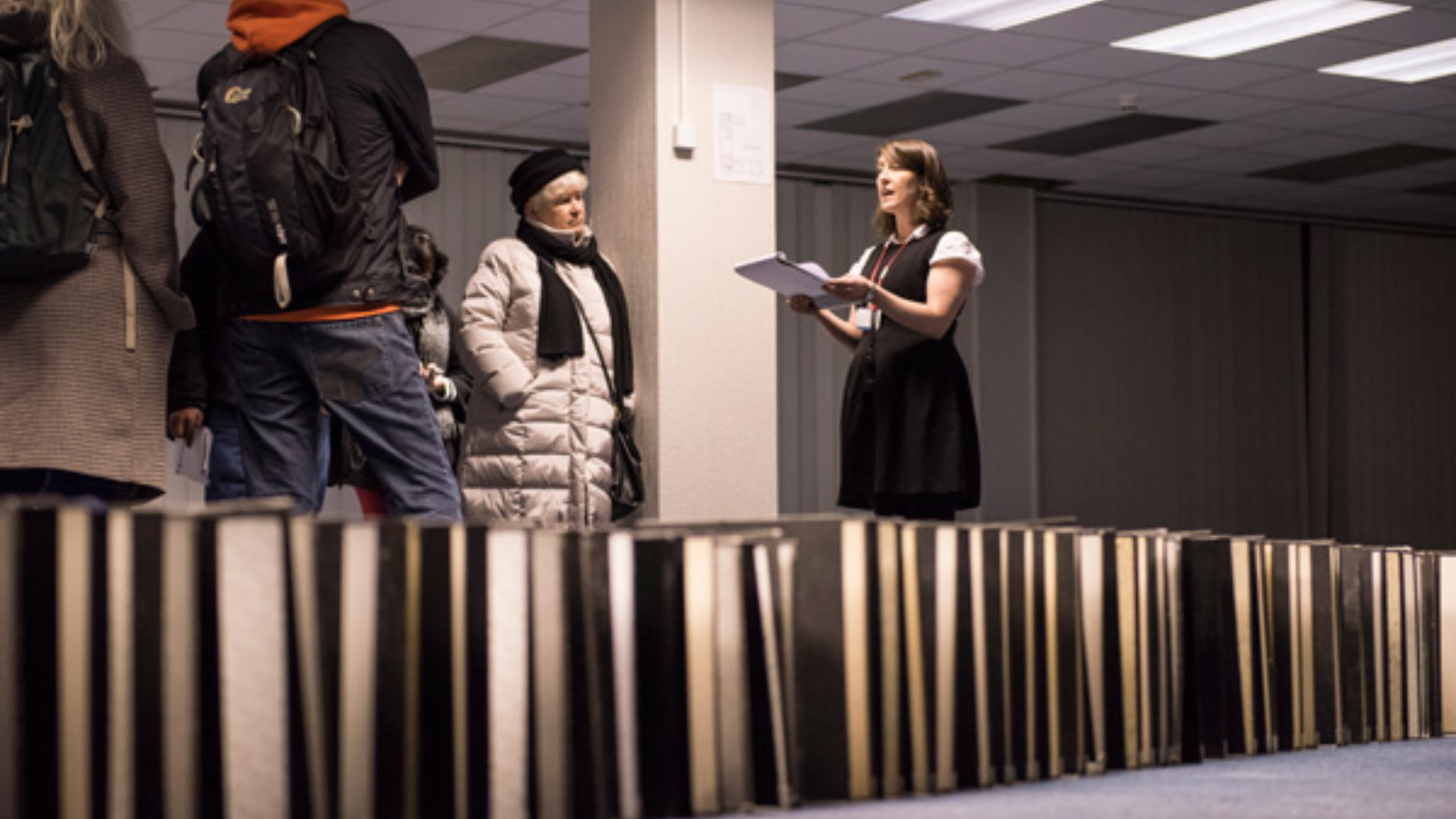 Michelle Browne's project was a semi fictional tour through Alexandra Park, the site of the Pilkingtons Glass headquarters and factory that existed in the town of St Helens for over 200 years.

Drawn from research into the company, interviews with local people, ex-employees of the company and conversations with the current staff at Alexandra Park, the tour looks at the contrast between the working lives of those who had worked for Pilkingtons in the past and the conditions for workers in the present day.

Pilkingtons as a company epitomises how capitalism has changed over the centuries and its subsequent impact on the worker. During the tour of the building, real stories of those interviewed are woven into a fictional narrative that maps out the changing nature of work over the last 200 years.

Now Thus Now Thus was presented as part of The Invisible City commissioned by Heart of Glass.